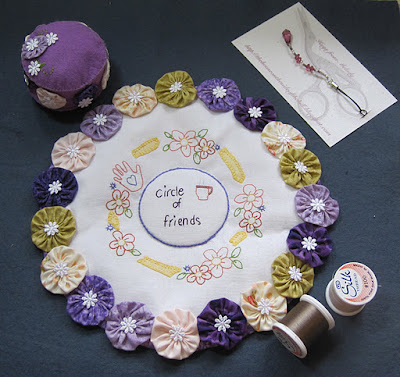 I do love the designs of Jenny from Elefantz.  A few months ago she launched an on-line magazine, Elefantz Home, and I enjoy it immensely.  One project is a quilt entitled 'Circles of Life'.  I've been stitching some of the blocks and turning them into sewing mats with matching pin cushions.  And I've been using my fabulous Go Baby which I won at Fee's charming blog, Designs by Fee, to cut the circles for the suffolk puffs.

Yesterday I did some work in the garden freshening up the soil in some of my pot plants.  I also wanted to brighten up the area in front of our BBQ so I filled some pots with potting mix ready for some seedlings I plan to buy later in the week. This is what I found when I came back later - 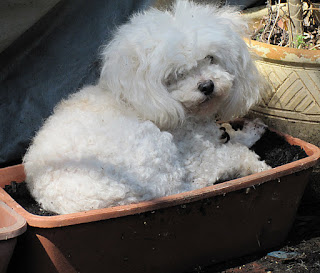 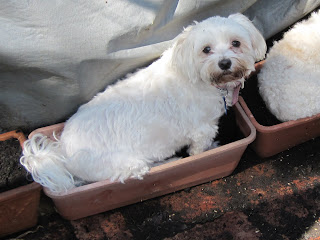 Matilda and Pippy had decided to plant themselves in the pots.  Funny little creatures.

PS Issue 6 of Elefantz Home just arrived in my In Box and it's fabulous.
Posted by Melody at 2:13 PM

Welcome to my blog 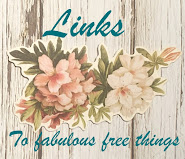 Just click on this logo to see all the 2017 links

I'm very happy to be pinned

Total Pageviews. Thank you so much for visiting me.